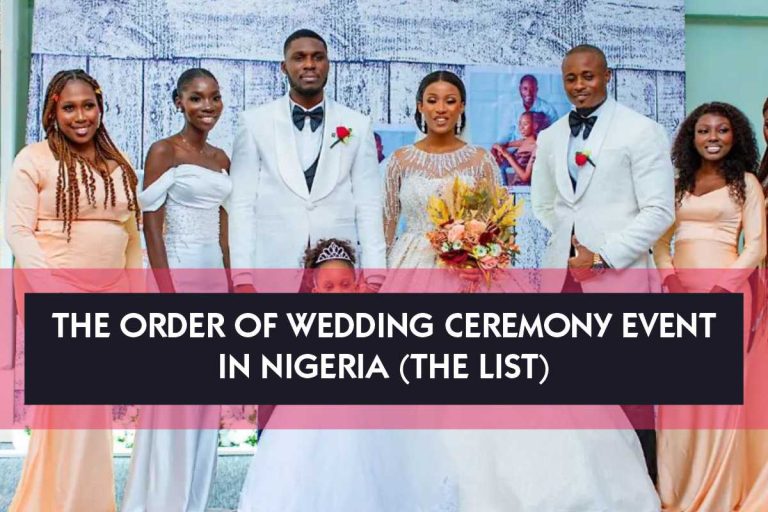 The Order Of Wedding Ceremony Event In Nigeria (The List)

Wedding ceremonies are an important cultural tradition in Nigeria, and understanding the order of events that take place during a traditional Nigerian wedding ceremony is essential for anyone participating in or attending one.

In Nigeria, wedding ceremonies are steeped in tradition and are a celebration of the union of two families. From the pre-wedding events to the actual ceremony and reception, each event has its own set of customs and traditions that are followed. Understanding these events and their significance is important for anyone looking to honor and respect Nigerian cultural traditions.

So, in this blog post, we will be taking a closer look at the order of events that take place during a traditional Nigerian wedding ceremony.

Overall, these pre-wedding events are an important part of the traditional Nigerian wedding experience, and they provide an opportunity for the couple and their families to come together and celebrate their love and commitment to each other.

The Order Of Wedding Ceremony Event Itself

The traditional order of events during a Nigerian wedding ceremony can vary slightly depending on the specific cultural traditions and personal preferences of the couple. However, there are several events that are typically included in the ceremony. Here is a general outline of the order of events:

1) Introduction of the Couple:

In a traditional Nigerian wedding ceremony, the introduction of the couple typically takes place at the beginning of the ceremony. This is the moment when the bride and groom are formally welcomed and introduced to the ceremony by the officiant or a designated emcee.

During the introduction, the names of the couple are announced and they may be presented to the wedding guests. This is typically a brief event that sets the stage for the rest of the ceremony. It is a way to formally introduce the couple to the ceremony and to officially begin the celebration of their union.

The processional is the part of the wedding ceremony in which the wedding party and the bride and groom enter the ceremony space and take their places. This typically includes the groom and his groomsmen entering first, followed by the bride and her bridal party.

In a traditional Nigerian wedding ceremony, the groom and his groomsmen may enter the ceremony space to the sound of traditional music or drums. The bride and her bridal party may also enter to music, often accompanied by the father of the bride or a designated escort.

The processional is typically led by the officiant or an emcee, who may introduce the wedding party and the couple as they enter. The processional is an important part of the ceremony as it marks the beginning of the formal wedding ceremony and sets the tone for the rest of the event.

The order in which the wedding party enters the ceremony space is typically determined by the couple and their wedding planner or coordinator. The bride and groom may choose to have their wedding party enter in a specific order, such as the bridal party entering first followed by the groomsmen, or they may choose to have everyone enter at the same time. The order of the processional can be customized to fit the couple’s preferences and the overall theme and style of the wedding.

The ceremony often begins with a prayer as with every religious Nigerian, opening prayers are always included in almost every one of our events, and our wedding ceremonies are not left out. These prayers may be led by a spiritual leader or family member and are typically intended to seek blessings and guidance for the couple as they begin their marriage. The opening prayers may be a traditional religious prayer or a more general blessing.

The exchange of marriage vows is a key event during a wedding ceremony, in which the bride and groom pledge their commitment and love to each other in front of their family and friends. This typically involves each partner making a statement expressing their love and commitment to the other and may include traditional vows or personal vows written by the couple.

During the exchange of vows, the couple faces each other and holds hands, with the officiant standing between them. The bride and groom may also choose to have a symbolic gesture, such as lighting a unity candle or tying a knot, to symbolize their union.

The exchange of vows is an important moment in the wedding ceremony as it marks the official start of the couple’s marriage and establishes their commitment to each other. It is typically a heartfelt and emotional moment for both the bride and groom, as well as for their loved ones who are witnesses to their vows.

During every wedding ceremony in Nigeria, the bride and groom exchange rings as a symbol of their eternal commitment to each other. The rings are typically placed on the fourth finger of the left hand, as it was once believed that this finger had a direct connection to the heart.

This is typically the point in the ceremony at which the couple is officially pronounced husband and wife.

The declaration of marriage is typically made by the officiant, who is the person conducting the ceremony. This may be a religious leader, such as a pastor or imam, or a secular officiant, such as a judge or justice of the peace. The officiant will typically ask the couple to repeat after them a set of vows or affirmations, declaring their commitment to each other and their intention to enter into marriage.

Once the vows or affirmations have been exchanged and the couple has exchanged rings, the officiant will declare the couple to be married. This is usually done by saying something along the lines of “I now pronounce you husband and wife.” At this point, the couple is considered to be legally married and can consider themselves husband and wife.

The declaration of marriage is also one of the significant moments in the wedding ceremony, as it marks the official beginning of the couple’s marriage. It is often accompanied by cheers and applause from the guests, and the couple may exchange a kiss or embrace to celebrate the occasion.

In the same way, we start most of our events with prayer in Nigeria, we also end them with prayers and blessings. This part of the event is typically a brief prayer or blessing offered at the end of the ceremony to give thanks for the union of the couple and to ask for God’s blessings on their marriage.

The closing prayers can be led by a spiritual leader, such as a pastor or imam, or by a family member or close friend who has been asked to officiate the ceremony. The prayer is often a brief and simple expression of thanks and well-wishes for the couple and may include a request for guidance, strength, and love as they embark on their new life together.

During the recessional, the wedding party and the newlyweds typically walk down the aisle together, with the bride and groom leading the way. The processional is often accompanied by music and is a joyous and celebratory moment in the ceremony.

The recessional marks the end of the formal wedding ceremony and the beginning of the reception, which is typically a time for the newlyweds and their guests to celebrate and enjoy food, music, and dancing. The recessional is an important part of the traditional order of events in a Nigerian wedding ceremony, as it signifies the official union of the bride and groom and marks the start of their new life together.

Overall, the order of events in a Nigerian wedding ceremony is a rich and meaningful celebration of love and commitment, and it is important to approach it with understanding and respect. 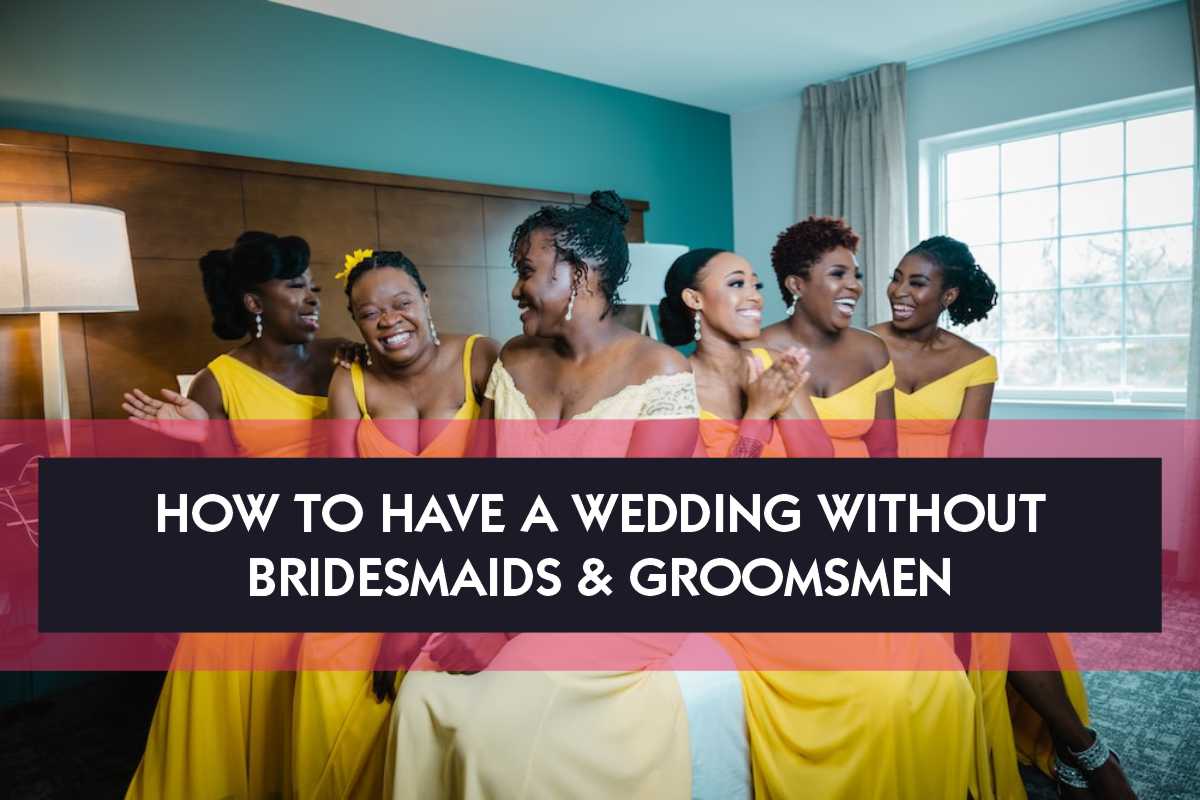 How To Have A Wedding Without Bridesmaids & Groomsmen

14 People Who You Should & Shouldn’t Invite To Your Wedding 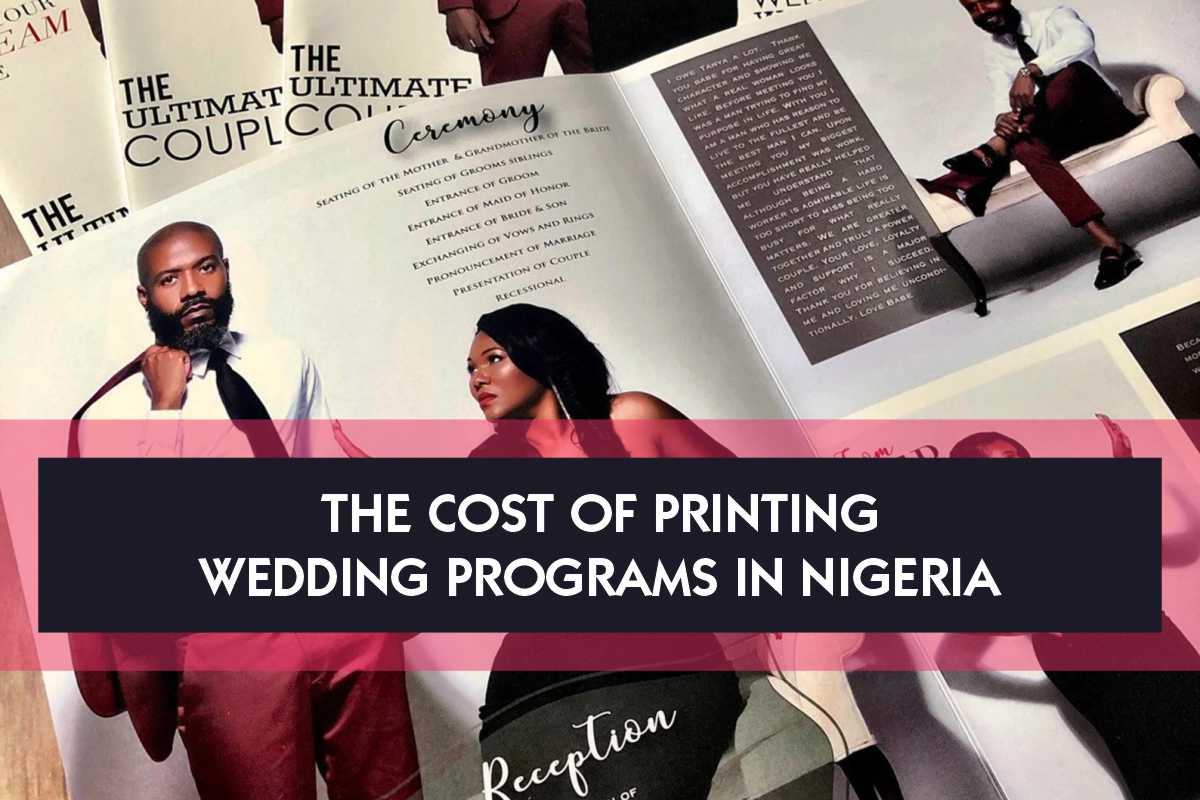 The Cost Of Printing Wedding Programs In Nigeria

The Order Of Wedding Ceremony Event In Nigeria (The List)

How To Have A Wedding Without Bridesmaids & Groomsmen

14 People Who You Should & Shouldn’t Invite To Your Wedding

The Cost Of Printing Wedding Programs In Nigeria

The Order of Wedding Reception Program in Nigeria (The List)

This website uses cookies to improve your experience while you navigate through the website. Out of these cookies, the cookies that are categorized as necessary are stored on your browser as they are essential for the working of basic functionalities of the website. We also use third-party cookies that help us analyze and understand how you use this website. These cookies will be stored in your browser only with your consent. You also have the option to opt-out of these cookies. But opting out of some of these cookies may have an effect on your browsing experience.
Necessary Always Enabled
Necessary cookies are absolutely essential for the website to function properly. This category only includes cookies that ensures basic functionalities and security features of the website. These cookies do not store any personal information.
Non-necessary
Any cookies that may not be particularly necessary for the website to function and is used specifically to collect user personal data via analytics, ads, other embedded contents are termed as non-necessary cookies. It is mandatory to procure user consent prior to running these cookies on your website.
SAVE & ACCEPT
× Chat On WhatsApp